Written by Charlie Renagade on February 11, 2018 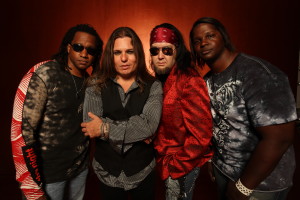 Since the release of their ‘SWIRL’ EP, Swirl the band has been the support act on several North American tours for many established rock artists including RATT, Extreme, Cinderella, Slaughter, LA Guns, Souls of We, Red Dragon Cartel, Skid Row and more or they have headlined shows in Southern California.

According to Swirl, the “Message” behind the music has to do with standing up for what you believe in – not giving up and going for what you want in the face of those who put road blocks in front of you, it’s staying the course, staying focused and not giving an inch in any other direction, but the road you have carved out for yourself. Sometimes you will fall down, sometimes you will lose your way, but in the end the only way to win is you have to get back on your feet, dust yourself off and carry on so are you ready to “Rise Up”? Indeed, this group has quite a determination and a sound that captures that emotion. With every song, there is a personal experience that backs it up. You can feel those stories right through to your very core.

Guitarist “DT” explains “After a successful first ever crowd funding campaign through the Swirl Go Fund Me page (https://www.gofundme.com/launch-new-music-by-swirl-the-band) the band entered the Granted Records studios to track the first new song since the ‘SWIRL’ EP.

Both will be told in the coming interview right here on www.RenagadeRadio.com