August Burns Red members have been asked about the origin of their band name on many occasions and have given numerous different stories. The most popular story behind the name is an incident involving Jon Hershey, the band’s original vocalist when he dated a woman named August who burned his dog Redd alive in his dog house.

However, it was later revealed in a radio interview that this meaning (along with others) was simply a comical story created by the members and that there is no actual meaning behind the band name. Drummer Matt Greiner stated in the interview that “we just came up with the name to come up with a name for those of you who haven’t heard of August Burns Red,

August Burns Red is generally credited as a metalcore band and has also been said to share progressive metal elements. The band is also identified as a melodic metalcore band. August Burns Red songs frequently feature highly melodic guitar riffs, technical or odd time signatures and breakdowns, with a variety of influences including Meshuggah, Symphony in Peril, Pelican and The Dillinger Escape Plan, as well as Between the Buried and Me, Misery Signals and Hopesfall. Unlike other melodic metalcore vocalists, Jake Luhrs generally does not mix clean vocals with his screams, though he does include spoken word parts on occasion. For example, their track “Spirit Breaker” features Luhrs reading a letter.  However, that changed when the band released Phantom Anthem, which featured Luhrs’ clean vocals for the first time in a few songs, most notably “Coordinates”.

While the group has stated that they don’t mind being classified as metal core, Brubaker has grown a distaste for many of the genre’s bands: “I feel like anyone who can pick up and play the guitar and learn to play a metalcore riff and any drummer who can learn to play a thrash beat over a breakdown is doing it. It’s almost become very formulaic, and metal to me was never a formulaic genre.” Musically, the group has incorporated instrumentals such as the cello and the violin while also featuring song elements such as classical music inspired interludes, pushing the boundaries of what is considered ‘metal core’.Many of their songs do not contain choruses, unlike other bands in the metalcore scene.

The American Metalcore band from Lancaster, Pennsylvania currently consists of vocalist Jake Luhrs , rhythm guitarist Brent Rambler, lead guitarist John Benjamin “JB” Brubaker, bassist,  keyboardist Dustin Davidson, and drummer Matt Greiner. Since their formation in 2003  August Burns Red has released 9 albums and have been nominated during the Grammy Awards for Best Metal Performance for their song’s “Identity” from its 2015 release Found in Far Away Places, and again in 2018 for “Invisible Enemy” from their most recent studio album Phantom Anthem (2017).

August Burns Red released their latest album “Phantom Sessions”  through Fearless Records delivering  fans a collection of 5 tracks that  feature their single “midnight”, instrumental tracks , and  a remake of the Nintendo Game, The Legend of Zelda.

August Burns Red will be on their 10 years of Constellations tour kicking off in Lancaster,PA June 20th.

Make sure to check out their website and stay tuned into RenagadeRadio.com for more August Burns Red! 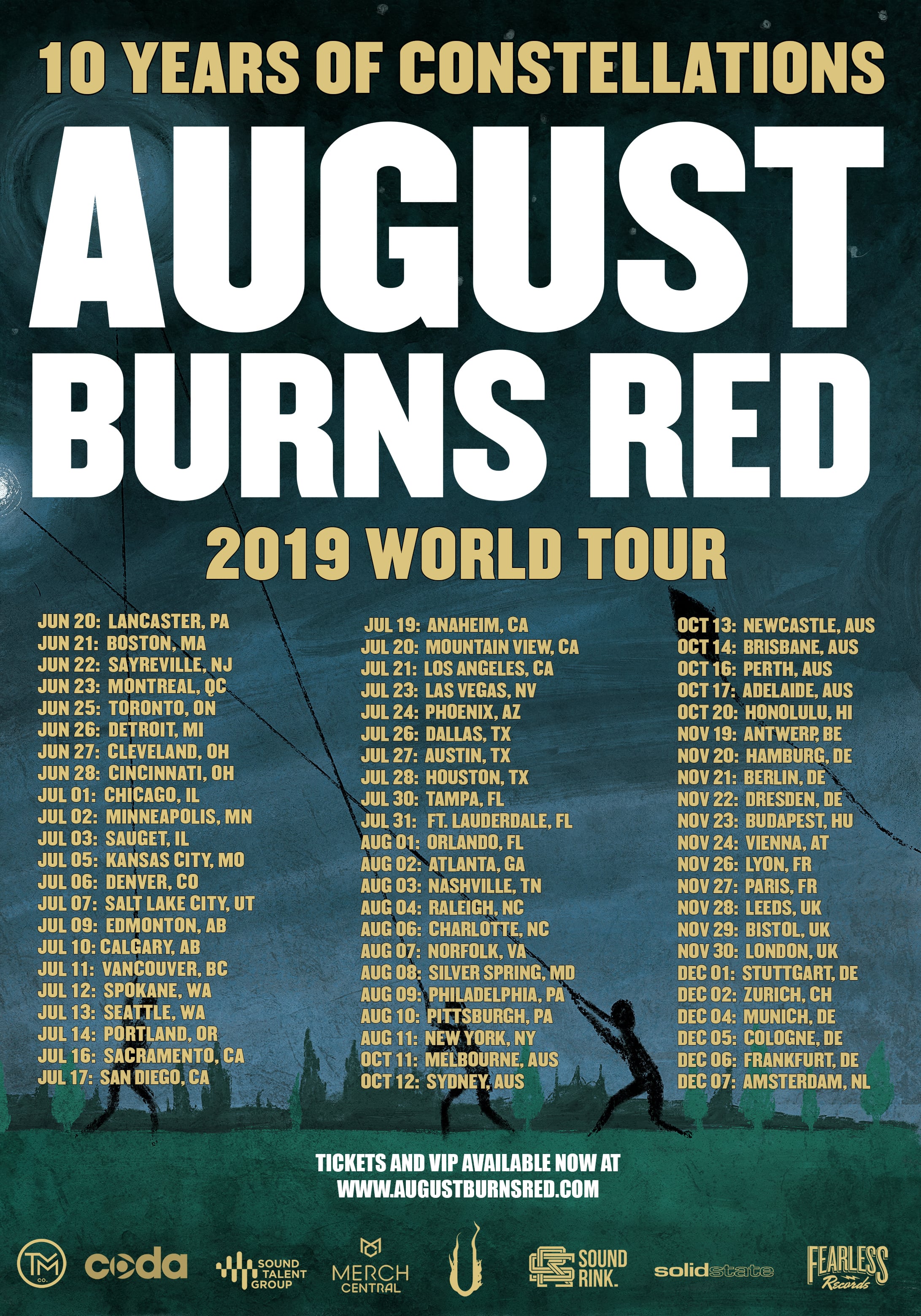 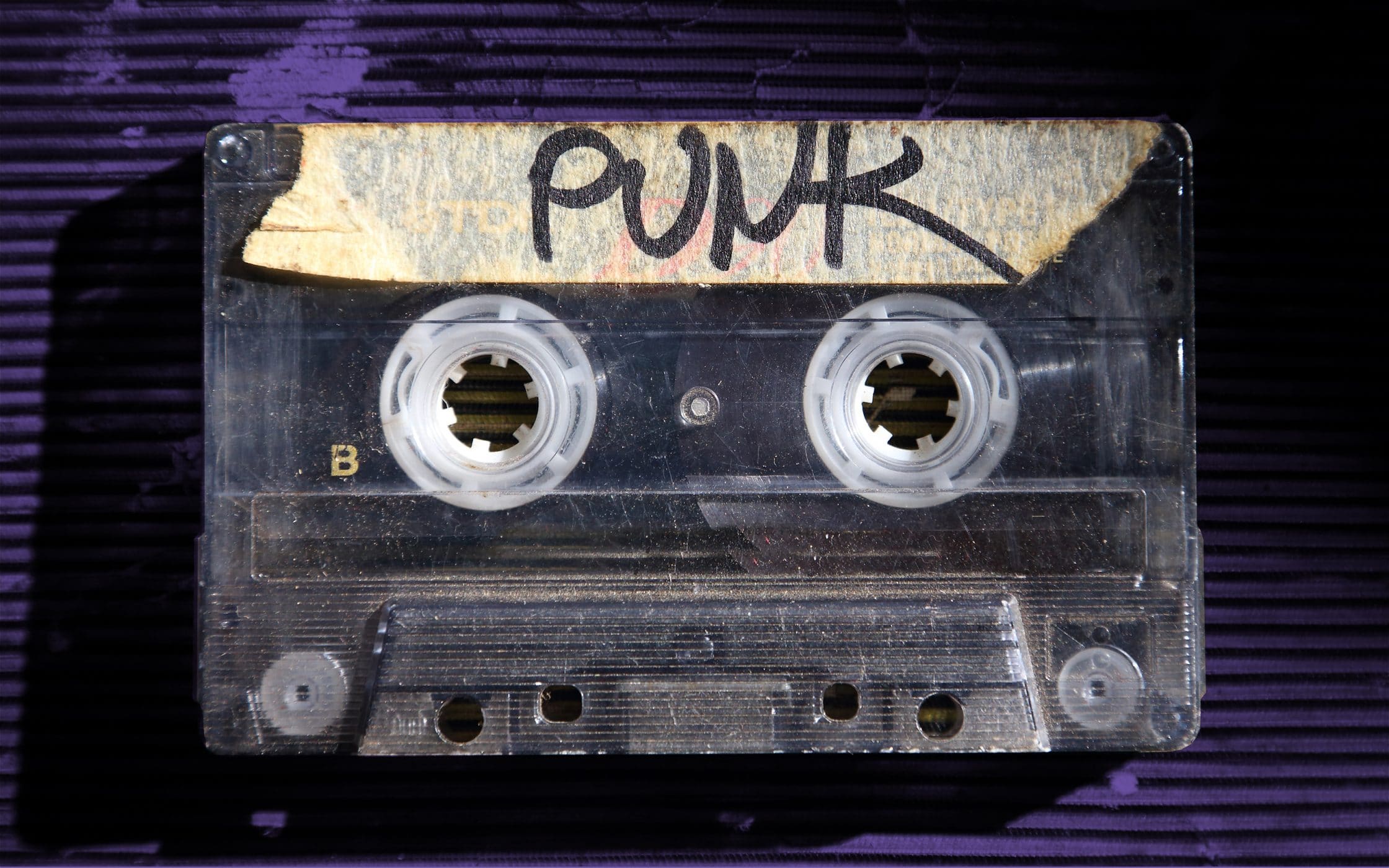